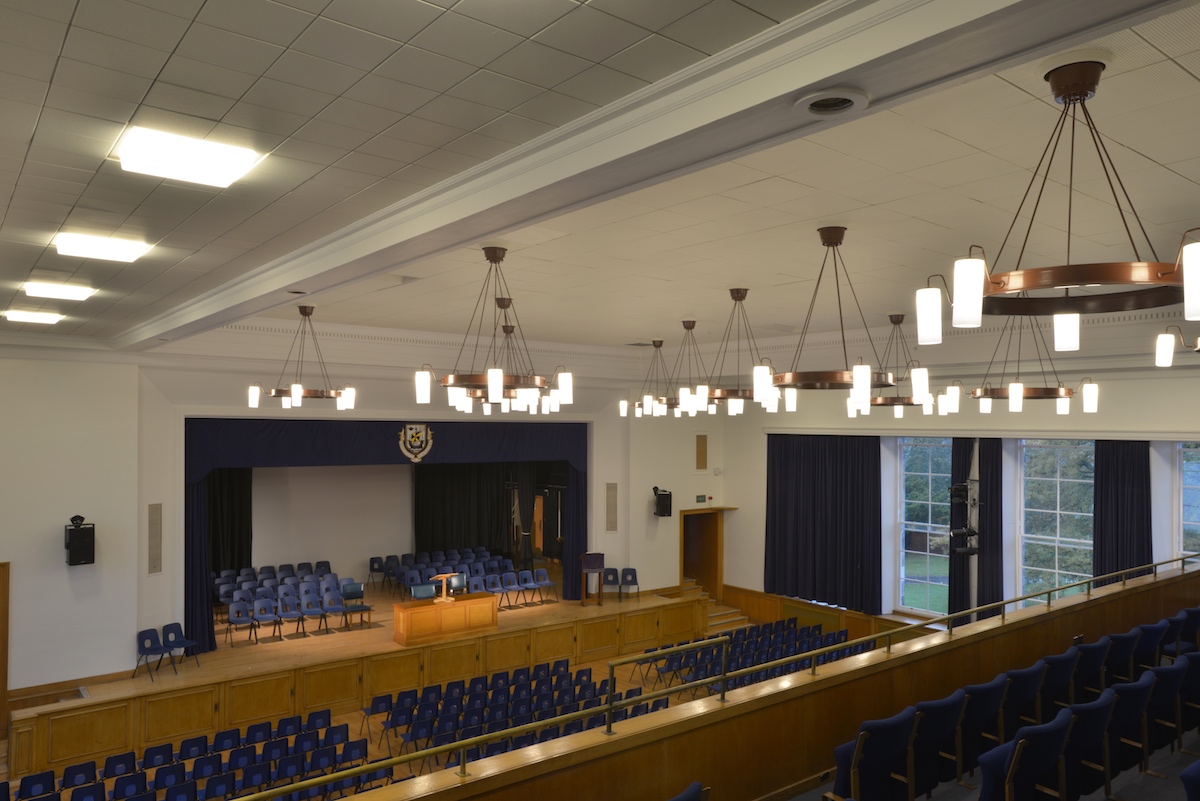 When Commercial Lighting was approached to assist with the design of a new energy efficient lighting scheme for the main assembly hall at this prestigious independent school, it was clear that sustainability was key to a successful outcome. The client was keen to preserve the style of the original lighting fixtures which are believed to have been specially designed for the project in the 1960’s, so Commercial Lighting seized the opportunity to offer to completely refurbish the fittings and convert them to the latest LED technology. The main lighting is provided by a number of multi-light pendant luminaires, complemented by large square recessed units around the perimeter.

All of the pendant units were completely stripped down, with new metal parts re-created as necessary to match the originals, including one of the large spun ceiling covers which had become badly damaged. The component metal parts were then prepared and repainted in metallic bronze polyester powder coat before being re-assembled with their new high efficiency Tridonic LED systems. The geartrays from the square recessed luminaires were also stripped down and repainted in white, then refitted with the latest Tridonic LED modules. The front diffusers were re-used after being thoroughly cleaned and checked.

A number of Sovereign LED downlights were also used throughout the project, with all fixtures provided with 1-10V dimming gear for optimum control.